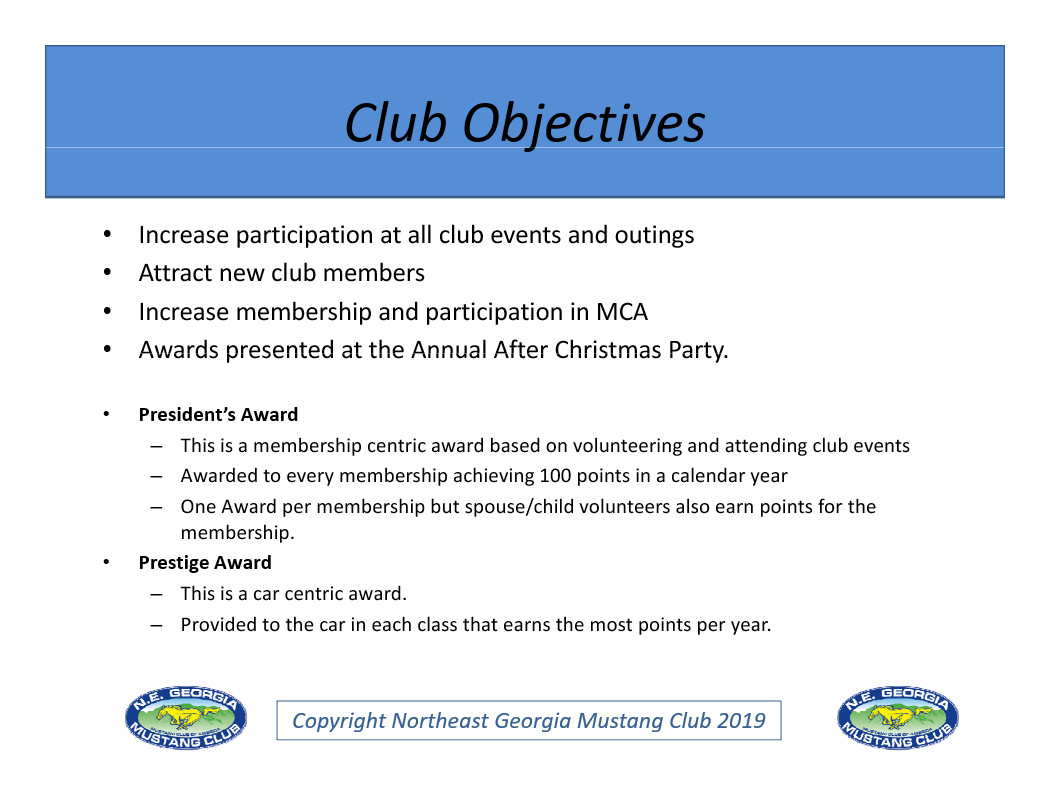 Listed below the following Award Descriptions are those Award point totals. 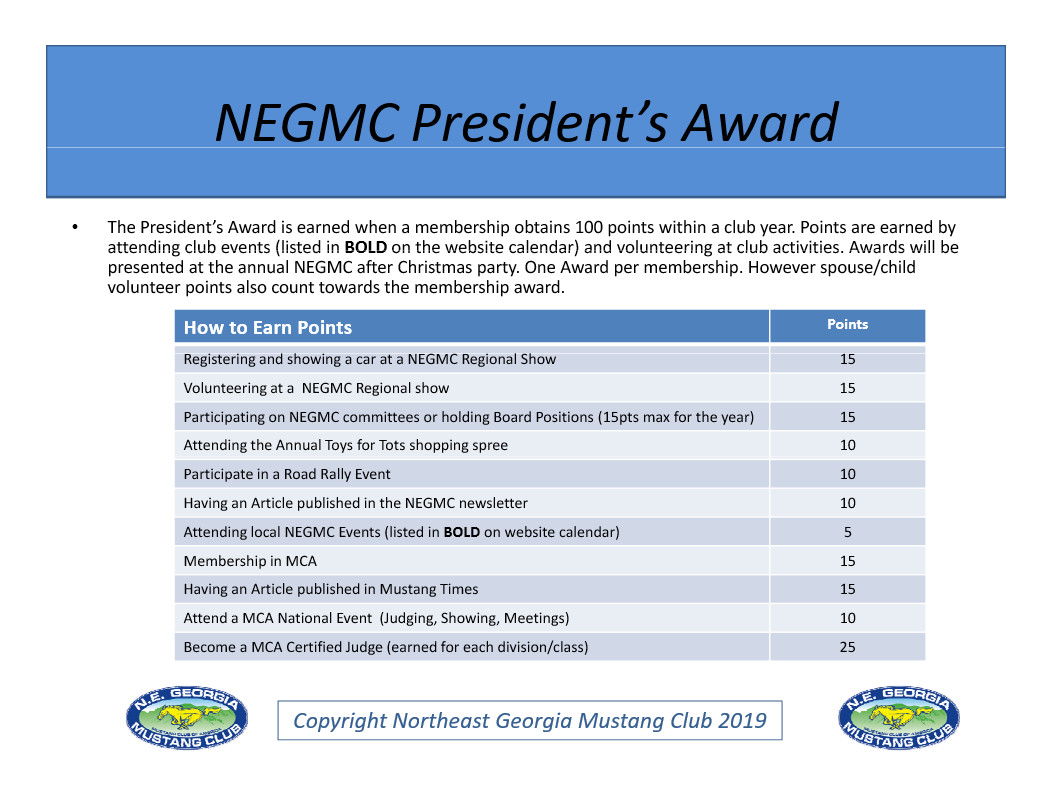